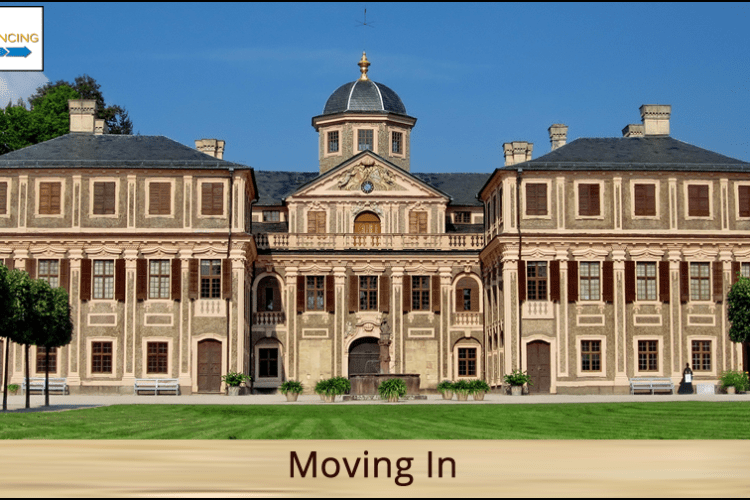 Once there was a very happy, energetic, bright young boy. He spent his days learning and playing and loving life living in a small but comfortable home with his loving family.

Gradually, however, he became more and more confused about the meaning of life and the inconsistencies of the religions of the world. His awareness expanded beyond his little home out to the greater world. He had so many questions! He became aware of prejudice, the cruelty of others, of war, and the darkness in the world. He moved out of his comfortable little home into places that were darker, smellier, and more dangerous, because that is where he felt he deserved to live. After all, how could someone so confused be happy?

Eventually, he came to live in a squalid shack in the dump, where there was no plumbing, no electricity, no comfort, and no hope. It was a terrible place to be! He was miserable and angry about living there, but that is where he felt he deserved to be.

Then he heard of this mansion at the top of the hill, next to a clearing where there was only friendship and beauty. He got the chance to visit it once, and found it to be more wonderful than he imagined! There was every comfort he ever wanted, and joy beyond anything he ever experienced. And he made up his mind to do whatever it took to live there some day.

So over the next 43 years, he visited the mansion as often as he could. In the early days, he would sometimes go days or weeks without getting back, still spending almost all of his time in the horrid, squalid shack near the dump. After many visits, he moved a little closer and the journey became easier. Strangely, he would find a path to the mansion and use it for a while, then it would seem to disappear. As he moved from place to place, he needed to find new ways up the hill. But he was determined, and he always found another way to get there. He found dozens, maybe hundreds of them, and carefully mapped each one.

There were many people along the way who helped him, who showed him a way. There were also others who, through their actions and attitudes, showed him that he was on a wrong path. It seemed that everyone was giving him some kind of guidance, whether positive or negative.

Soon, he came to visit the mansion much of the time. After a while, he came to be there every day and stay for many hours. Some days he visited for the nearly the entire day. But he lived in a much less comfortable place, waking up almost every morning in a state of stress or tension, and needing to find his way back. He found that he slipped down the hill less often than he used to, some days only for a few minutes at a time. He rarely found himself in the darkness and squalor of his younger years.

After 30,000 trips or so up the hill, one morning he came to wake up in the mansion and was incredibly surprised to realize that HE LIVED THERE! Not only that, HE OWNED IT! He had, without realizing it, moved in.

He found that he occasionally slipped and fell down the hill as he worked and talked to people during the day, but that the trip back was always very easy and quick, and that there were many obvious paths back to the mansion, back to his new home.

And now he invites all of his friends to come visit. He encourages them to move into their own mansions right next door. He shows them the paths he has taken, but realizes that most will need to find their own paths and make their own way to their homes at the top of the hill. Some don’t even know what he is talking about, but it is OK. He does what he can.

In retrospect, the journey to Enlightenment (for that is what he calls his new home) was simple, although it took him a long time to appreciate the simplicity of it all.

How often do you visit your mansion and Become the Angel Within? What does it feel like and look like to you?

Suggested Exercise: Stop what you are doing and visit your mansion right now - stay there as long as you can, come back as often as you can, and soon you will come to live there, right beside me.

** Mind Sequencing is a revolutionary personal development and stress relief system that enables you to shift your energy and lift your spirits anytime and anywhere.  Check it out and read more articles at www.MindSequencing.com.